Once you are married, don’t think that you are off the Valentine’s Day hook! You still have to give your wife an impressive gift on that special day. If she is sick of the same flowers and chocolates, why not think of giving her an anniversary ring? An anniversary ring is a beautiful way to let her know that she is still the one for you.

An Anniversary Ring: What is it? An anniversary ring, simply put, is a beautiful diamond ring. Everyone knows what to expect from an engagement ring or a wedding band: a knock-out diamond ring and a classic band. But there are few rules as to what an anniversary should be. It should be a beautiful diamond ring, with more than one diamond. Save the solitaire rings for engagement! Your goal here is to impress her with her new ring. Anniversary rings are a great gift for your first wedding anniversary celebration. If your anniversary falls on or near Valentine’s Day, perfect! If not, when you give her this ring, make a point to say that the ring celebrates your years of marriage together. That’s more important than Valentine’s Day!

Gift giving Ideas. What do you usually do for Valentine’s Day with your wife every year? Since you are presenting her with that spectacular anniversary ring, this year has to be different. If you are both normally busy and don’t have time for a night out, plan a special evening at a great restaurant. Or, if you manage to go out to a restaurant every February 14th, make this year a romantic evening at home. Get her to leave the house for a few hours while you prepare. A friend or a sister can help you out by taking your wife to the movies or shopping. While she’s gone, tidy the house and set out some candles to set the mood. Cook a romantic dinner, or if you can’t cook, buy some food and set it out on nice plates! When she comes home, she’ll be so happy that you went to all this trouble. But she’ll be even happier when you present her with that anniversary ring!

Ring ideas. Anniversary rings are an opportunity to think a little bigger than the average piece of jewelry. It’s all about adding some sparkle to her life! When you are shopping, choose between engagement and wedding band options that have multiple diamonds. At the very least, go with a three stone engagement ring. Coming in white gold, gold, platinum, or palladium, these rings feature a central stone flanked by two smaller diamonds. Or, choose a fancy wedding band styled ring. These rings celebrate multiple diamonds in creative and stunning bands. The great thing about anniversary rings is that they don’t need to match her existing wedding jewelry. Although, it’s a good idea to match the metal. Most women wear these rings on their right hand, so you can get creative with the style without fearing that it will clash with her wedding band.

Forget the chocolates this Valentine’s Day and surprise your wife with an anniversary ring instead! 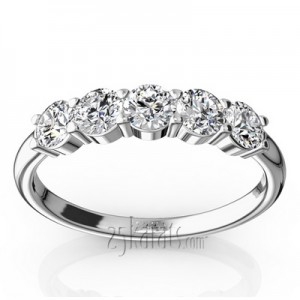 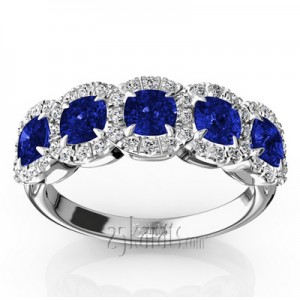 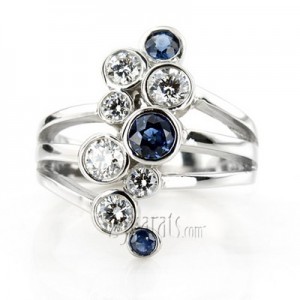 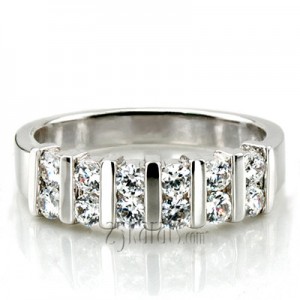