Many of the wedding traditions that we follow today date back to centuries past, while others are only a few years old. The exchanging of rings is one of the oldest marital traditions around.

Although the exact origin wedding ring is unknown,most  historians primarily believe  that the tradition for wearing wedding rings occurred in Ancient Egypt. Archaeological discoveries, some dating back more than 3,000 years ago, led them to this conclusion. At that time, the ring served as a seal with which the pharaohs certified their orders and also,such as papyrus scrolls, reveal an ancient culture that exchanged rings braided from reeds and hemp imagery on artifacts.With time the Egyptian aristocracy began putting gold on their hands as well as silver, glass and clay jewelry – the less wealthy. Through translated hieroglyphics, experts learned how this society viewed the circle as a symbol of endless love between a man and woman. Additionally, Egyptians wore wedding bands on the ring finger of their left hands. They believed this finger held a special vein directly connected to the hearth. 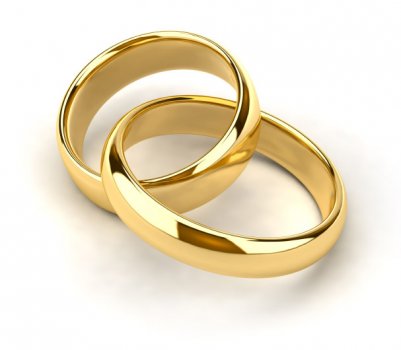 One of the other, ancient civilization of Rome the rings designated  the social status of the people.That time, only the higher class was entitled to wear gold, the free citizens – silver and the slaves – iron. With the Romans occurred the ritual with the wedding ring – before the marriage the groom handed to the parents of the future bride a ring with which to prove that he undertook an engagement to marry their daughter and is able to take care of her. This ritual was more important than the wedding which was the closing of the promise.

The tradition of wearing a wedding ring on the fourth finger of the left hand also comes from the ancients. In ancient Greece it was believed that an artery from that particular finger led directly to the heart. While we now know this is pure mythology, it does serve as a rather romantic explanation for the tradition.

People believed that for a married woman to attract a younger man it is enough to put a handkerchief through her wedding ring and then hand it to her loved one in Mediaeval France.

In this days, we recognize the wedding ring as a symbol of the unity of marriage. The couples of today also generally choose their wedding rings together, thereby adding to the personal symbolism that the jewelry carries for them. Additionally, the wedding ring serves as a social symbol in today’s world, signifying to others that this man or woman is “mine”. 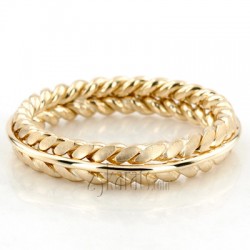 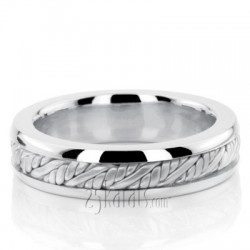